Billy Joel - The River of Dreams

Annamaria
In 1993, Billy Joel released his final studio album River of Dreams, an album that details Joel's issues regarding trust, betrayal and the idea of everlasting love. Watch the official music video for 'The River of Dreams', which became a Top 10 hit in the US and his highest-charting track of the 1990s.

http://smarturl.it/BJ_NMLROD_YT?IQid=ytd.bj.rod
Listen to the studio version of 'The River of Dreams'

Lyrics:
In the middle of the night
I go walking in my sleep
From the mountains of faith
To a river so deep
I must be looking for something
Something sacred I lost
But the river is wide
And it's too hard to cross

Billy Joel's official YouTube channel features music videos, live performances, interviews, TV appearances and more. Best known for his first hit song, 'Piano Man', in 1973, Billy has written and recorded thirty-three Top 40 hits in the United States. He is a six-time Grammy Award winner, a 23-time Grammy nominee and one of the world's best-selling artists of all time, having sold over 150 million records worldwide. Billy Joel is the sixth-best-selling recording artist and the third-best-selling solo artist in the United States.

Billy Joel - The River of Dreams 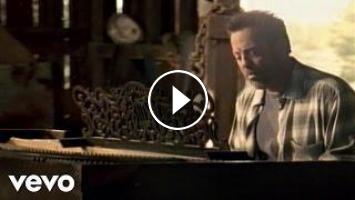 In 1993, Billy Joel released his final studio album River of Dreams, an album that details Joel's issues regarding trust, betrayal and the idea of eve...