RC_Andreas
Greeks Romans Vikings The Founders Of Europe - Episode 1: The Greeks - History Documentary HD. Ancient Greece, the cradle of modern Europe. Around 3000 years ago, the cultural foundations of western civilisation were laid right here, on the shores of the Mediterranean. It’s the birthplace of democracy, where great thinkers forged the beginnings of scientific reasoning, where theatre was turned into mass entertainment, and where the Olympic Games began. Imaginative animation, stunning visuals and an entertaining narrative combine in an extraordinary exploration of Greece and the rise of an ancient super-power that would leave a permanent mark on society. Good SBS documentary, from Germany, in German & Greek. Please be merciful with the parts where Greeks (who don't really look like Greeks but rather like Middle Easterns) speak German... :)
........................................................
The legacy of the Greeks is under assault today thus deserves defence and celebration for the simple reason that much of what we are is the result of that brilliant examination of human life first begun by the Greeks; as Jacob Burckhardt says, "We see with the eyes of the Greeks and use their phrases when we speak." We must listen to the Greeks not because they will give us answers, but because they first identified the questions and problems, and they knew too where the answers must come from: the minds of free human beings who have control over their own lives. And this, finally, is the greatest good we have received from the Greeks: the gift of freedom.

The Greeks are accused by some of stealing their achievements from Egyptians and Babylonians, of oppressing their wives and daughters, and of hypocritically speculating about freedom while holding slaves. And that is the greatest irony: the spirit of criticism that among so many academics has fossilized into a pose has its origins nowhere but among the Greeks, who were the first to question critically everything from the gods to political power to their very selves, the first to live what Socrates called “the examined life”.
As Victor Hanson and John Heath write, “Not one of the multicultural classicists really wishes to live under indigenous pre–Colombian ideas of government, Arabic protocols for female behaviour, Chinese canons of medical ethics, Islamic traditions of church and state, African approaches to science, Japanese ideas of race, Indian social castes, or Native American notions of private property.”
Classic Greek culture has come under attack precisely because its achievement, extended into history, is what defines the West and makes it distinct. What is valuable in the much abused Western tradition, hence the examined life, the pursuit of truth, the dialogue about the place of the individual in the larger group, comes from the Greeks. Humanism, reason, the pursuit of knowledge and the arts, moderation and civic responsibility, all come from the Greeks.
The failings of the Greeks, including not living up to their own ideals, are the failings of humanity everywhere. But their ideals, still alive today, led to the recognition of a common humanity that was more important than gender or social status, more profound than local or tribal affiliations. Without this insight, slavery might never have been abolished in the West, women might never have been granted equality, and the liberal notion that all humans possess innate rights merely as a virtue of being human would never have existed. 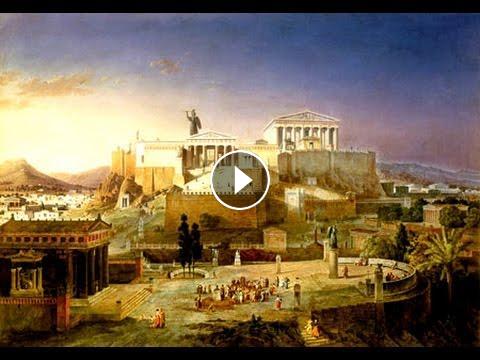